In the global battle of ideas, Russian President Vladimir Putin has had a banner year.

Back in June, Putin made waves by declaring the death of Western liberalism.
Those remarks seemed timed to provoke debate ahead of the G20 summit in Osaka, Japan. But it wasn’t just talk: In the months that followed, Putin would continue to set the example for authoritarian leadership.
Take, for example, Putin’s policies toward his country’s embattled and marginalized political opposition.
For much of the summer, the Russian capital of Moscow saw a wave of opposition demonstrations. For a time, unsanctioned rallies and solo protests seemed to gain momentum. Russian authorities even dropped criminal charges against a prominent investigative reporter after an unexpected public outpouring of support.
But a crackdown on the opposition then followed, with the detention of leading opposition figures and sweeping arrests of more than 2,000 demonstrators. The Russian government, it seemed, was determined not to let street protests get anywhere near the scale seen in Hong Kong.
Russia also showed willingness to exert more control over its citizens online. 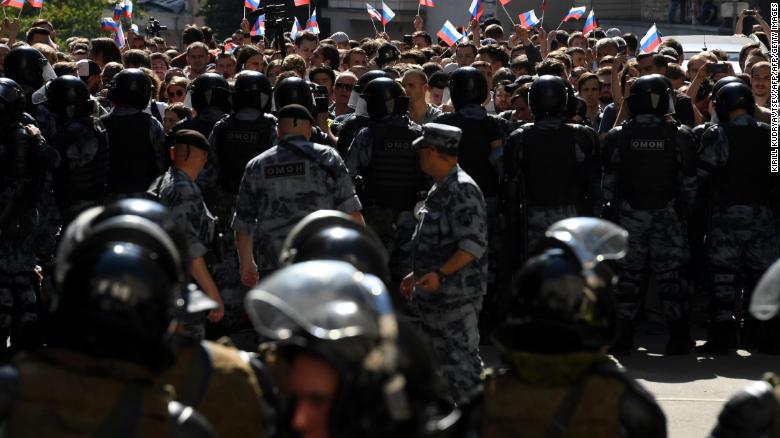 Protesters wave Russian flags as they confront riot police in Moscow.
In May, Putin signed into law new measures directing the creation of a so-called “sovereign internet” capable of operating independently from the rest of the world. The law mandates that all Russian internet providers install special equipment to enable the use of “deep packet inspection,” a type of data processing that can be used to surveil and censor internet traffic.
The new law took effect in November, establishing Russia as a leader in authoritarian tech. Critics say Putin’s push for greater control of the internet effectively gave the Russian government a “kill switch” to shut off internet traffic.
The Russian government didn’t impose widespread internet blackouts in response to protests — unlike the Iranian government, which pulled the plug on the internet to prevent people from organizing or communicating during recent nationwide anti-government demonstrations. But, during protests this summer in Moscow, authorities did appear to introduce selective outages in some locations to jam or interfere with cell phone usage. 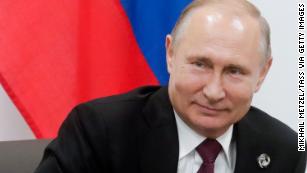 Russia rolls out its ‘sovereign internet.’ Is it building a digital Iron Curtain?
Little surprise, then, that Putin took Chinese President Xi Jinping’s side in the China-US confrontation over the Trump administration’s decision to effectively block all Huawei involvement in American 5G networks amid spying concerns. At the annual St. Petersburg International Economic Forum, Putin said that US actions risked “technological war” over emerging digital technologies.
Putin and Xi had other reasons to bond. Beijing may be coming in for criticism over Xinjiang detention centers and its response to Hong Kong protests, but none of those criticisms are being raised by Moscow.
On the international scene, Putin found common ground with some of the world’s other authoritarian leaders. 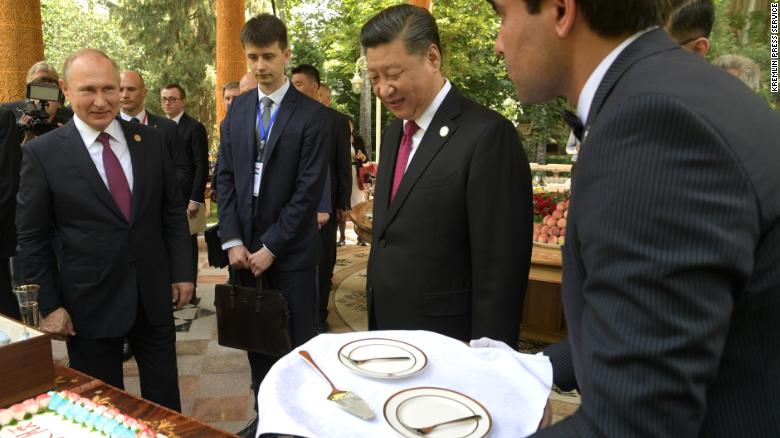 Putin presents Xi with ice cream on his 66th birthday.
In September, Putin played host to Venezuelan President Nicolas Maduro, in a show of support for his embattled Latin American counterpart. The following month, he paid a visit to Saudi Arabia, showcasing an oil-driven partnership with a longstanding ally of the US. There would be no uncomfortable questions from Putin about the kingdom’s human rights record.
Putin’s visit to Saudi Arabia and the United Arab Emirates was described by many observers as a sort of victory lap. But the Kremlin leader’s biggest foreign policy triumph of the year was over Syria.
In October, Putin and Turkish President Recep Tayyip Erdogan met in the southern Russian resort city of Sochi to hammer out a 10-point memorandum of understanding on Syria’s future. 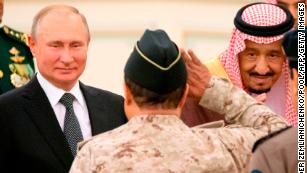 Putin is on a victory lap of the Middle East
That deal in many ways formalized facts on the ground. President Donald Trump had already abandoned Washington’s Kurdish allies in Syria, by ordering a sudden withdrawal of US forces from Syria. The deal left two strongmen — Putin and Erdogan — as the main geopolitical players in Syria.
Putin’s gamble in backing Syrian President Bashar al-Assad, it seems, has paid off. While a small contingent of US troops remains in Syria, the Assad regime is securely in power, and Russia has a larger military footprint in the country, with Russian forces even falling in on abandoned US military infrastructure in Syria.
That’s not to say that Putin was always on a winning streak in 2019. Russia’s military suffered an embarrassing setback in August after a deadly blast at a military test range killed at least five people and sent radiation levels briefly spiking.
The Russian government never confirmed what specific weapon was being tested, but international speculation centered on a nuclear-powered cruise missile called Burevestnik or Skyfall, one of Putin’s pet military projects.
And Putin still has to deal with a simmering conflict in eastern Ukraine, where Russian-backed separatists are still fighting the Ukrainian government. Putin traveled to Paris to meet his counterparts from Germany, France and Ukraine to talk about steps toward ending the war, but those discussions ended without a major breakthrough.
But in marked contrast to the Trump administration’s Ukraine problem, Putin doesn’t have to worry about impeachment.
That’s not to say he doesn’t have an opinion: in his annual news conference in late December, he seemed to mirror Republican talking points by saying impeachment was based on “made-up reasons” and expressing doubt that Trump will be removed from office.

This message is only visible to admins.

Error: The 'manage_pages' permission must be granted before impersonating a user's page.
Type: OAuthException
Solution: See here for how to solve this error